New Data: Why COVID-19 Will Be The Connected Economy’s Inflection Point

March 11 marked the end of traditional business in the U.S., maybe even the rest of the world – and probably forever.

That was the day when the World Health Organization (WHO) declared COVID-19 a global pandemic and federal, state and local governments began to make decisions to close schools and non-essential businesses.

And it was when consumers all over the country began to #stayathome to flatten the curve.

Every 10 days – starting March 6, five days before COVID-19 was declared a global pandemic – PYMNTS has gone into the field to study the daily behaviors of consumers across the seven pillars that define our connected economy during this unprecedented time in our history. Each of these studies asks a national sample of roughly 2,000 consumers a series of questions about their behaviors to document and index those shifts and dig deeper into the trends we observed in prior surveys.

On March 28, we conducted our third consumer study. Over the last 22 days, we have seen two dramatic shifts emerge that make “no more business as usual” more than just a cliché.

First, consumer demand has shifted to where there is supply – and that means online.

In less than a month, the American consumer has moved from living in a digital-often world to one that is now largely digital-mostly – across every one of their “business and life as usual” activities.

How consumers shop, bank, work, work out, worship, eat, entertain themselves and their families, stay connected socially and even tap into healthcare services is now almost entirely online.

That’s in large part because governments have intervened and closed many physical businesses that consumers relied on, while restricting access to others. For the seven pillars that we examine every 10 days, we see growing evidence suggesting that some, maybe even more than some, of this offline-to-online behavior is likely to stick around even after governments have relaxed their #stayathome restrictions – particularly as we observe the shift to digital even for activities where offline outlets remain available, such as shopping for groceries.

The longer America remains on lockdown, the more likely it becomes that consumers – who have set up accounts at the online platforms that are filling those gaps, gained experience using those platforms and gotten used to the convenience of getting services from them – will make them part of their daily routines going forward.

The connected economy may have hit an inflection point (a quantum jump, really) in late March of 2020 – with COVID as its catalyst – and years earlier than anyone otherwise expected.

Consumers may have shifted their activities online, but not their level of spend, as their fears mount about the security of their paychecks.

In the last 22 days, we’ve seen the percentage of consumers who shop online for groceries triple – from 3 percent on March 6 to 9 percent on March 28. We’ve also seen the share of consumers who shop online for things other than groceries more than double – from 13 percent to 30 percent. The percentage of people who interact with restaurants digitally has more than tripled, too – from 6 percent to 20 percent.

Unfortunately, while the online slice of the pie is getting a lot bigger, the pie itself is shrinking. This belt-tightening comes as an increasing number of consumers are losing their paychecks, and others fear the same fate – and most report not having the personal savings safety net to get them through the duration of the pandemic as they define it.

Now, some 28 percent of the workforce – 45 million consumers – report being extremely concerned about losing their jobs. Consumers who live paycheck to paycheck and say they cannot pay their bills at the end of the month are the most worried, with 47 percent saying they are either “very” or “extremely” concerned about the pandemic. At the same time, 58 percent of the consumers we studied report having less than half as much in savings as they say they will need to pay their bills if that became their only source of cash.

Since March 6, seven times as many consumers have reported having two weeks or less of cash available to pay the bills before dipping into savings – some 55 percent of Americans on March 28 compared to 8 percent just 22 days earlier. Even consumers who say they don’t live paycheck to paycheck and can pay their bills are tightening their belts. Here’s what we found.

In the last 10 days, we observed a 20 percent increase in the number of consumers who report not living paycheck to paycheck and being able to pay their bills – 41 percent of consumers on March 28 versus 34 percent 10 days earlier.

We have also observed a decline in the average income of those consumers – from $98.8K to $91.1K in the last 10 days, suggesting that even those who remain comfortable paying their bills are conserving their cash.

Regardless, all consumers are shifting their spending to essentials.

On March 6, there were roughly 30 confirmed COVID-19 cases in the U.S., mostly concentrated in Seattle. At that time, 35 percent of all Americans reported being very or extremely concerned about contracting COVID-19.

As the virus gets more personal, so does the consumer’s concerns over its impact, and its influence over how and where consumers will spend their time and money today and in the future.

We also observe a spike in the percentage of Americans who fear dying from the virus if contracted (an increase of 3.4 percent) and a corresponding decrease (6.6 percent) in their concern of spreading it to family and friends.

As a result, what consumers say is necessary to resume their daily activities has also shifted.

If that’s true, it may be a very long time before consumers feel comfortable resuming what they once characterized as their daily offline activities. And the denser the physical space, the less likely it seems that most consumers will want to participate – at least until they feel their risks of doing so are mitigated.

Going to a movie theater, cheering on their favorite sports team at a stadium, going to a concert to hear their favorite artist, visiting an amusement park with the kids, working out at the gym, getting on a cruise ship or an airplane, staying in a hotel, going out to eat at a crowded restaurant, having happy hour at a packed hotspot, or attending a conference may be the very long tail of offline activities that consumers bring back into their usual routines.

Particularly when they’ve already spent two months getting set up to live in a digital-mostly world, will spend at least another month living that way, and then very likely, will spend many more months getting reacclimated to an offline world that will look different on the other side of the pandemic.

Twenty-two days ago, most Americans were still eating in restaurants (82 percent), shopping in retail stores (78 percent), going to work (60 percent) and participating in leisure-related events such as going to the movies and engaging in or going to sporting events and concerts (69 percent).

Twenty-two days ago, the NBA was still playing, and people were going to their offices, even though some people and many employers had begun to implement their own versions of social distancing.  People were traveling for work and still shopping in physical stores.

Three-and-a-half weeks ago, which seems like an eternity ago, I was going into physical stores to buy things other than groceries, to my morning exercise class and my favorite restaurant on Friday night. Here in New England, we were complaining that TB12 had decided to be a Tampa Bay Buc – not facing the prospect of not seeing the NFL take the field in the fall.

Today, nearly all Americans are largely living in an online world – by choice or by necessity, probably by both. And the longer the lockdown, the harder it may be for consumers to break many of the digital habits they will have mastered and return to the offline world.

The connected economy platforms that provide consumers with life’s essentials will thrive, as nearly all consumers shift their spending from what’s “nice to have” to what they feel they need to survive – and likely for a very long time as the economy recovers.

Consumers will shift that spend to the places where they feel comfortable transacting – which is now, and will be for some time, online, and physically distant from what they perceive to be the personal risks associated with reentering the physical world to conduct business or engage in commerce.

“Business as usual” is being redefined.

So is life as usual.

So is commerce as usual.

We’ve known for some time that our destiny is the connected economy, covering all aspects of our lives, with almost everything we do facilitated by online technologies.

Only inertia held that back.

The COVID-19 crisis has resulted in a quantum jump in the growth of the connected economy. The tragedy is that many traditional physical businesses, which were always going to be left behind by the shift to digital, have lost the possibility of a soft landing – or of gradually transitioning themselves to the new digital-mostly reality. 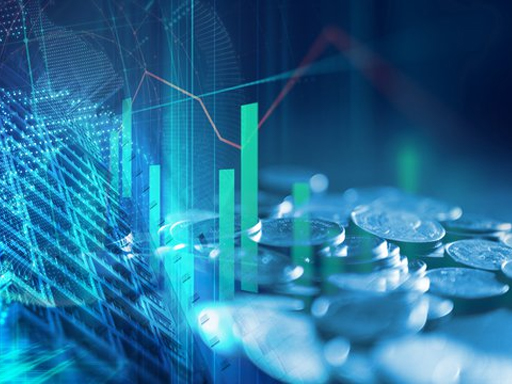 A message from our president
Next Article